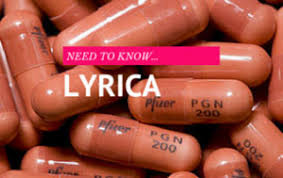 If your Plan wants to control its prescription coverage costs – and minimize disruption to your plan beneficiaries – your Plan needs to act preemptively to block certain drugs before they even enter the market. Lyrica CR exemplifies why.

Lyrica CR was just approved by the FDA and will soon be sold in the United States. The drug is the “continued release” version of Lyrica – the blockbuster drug that earned Pfizer $3.13 billion last year.

Check your list of “Top 50 Most Expensive Drugs” and it’s virtually certain you’ll find Lyrica on the list. Analyze your Plan’s claims data, and you’ll likely discover that this single drug represents somewhere between 0.5% and 1% of your Plan’s total costs. Dig deeper and calculate Lyrica’s average per script costs, and you’ll find your Plan is probably spending more than $400 per 30 day script.

Lyrica was initially approved to be sold in the U.S. by the FDA in 2004. Why did Pfizer suddenly obtain FDA approval for Lyrica CR approximately 13 years later? You guessed it – Pfizer expects to lose patent protection for Lyrica in December of 2018, and Pfizer wants to minimize the impact of generic competition on its blockbuster revenues.

By positioning itself to market Lyrica CR for approximately a year before generic competition arises for Lyrica, Pfizer will move as many Lyrica users as possible to Lyrica CR and thereby protect Pfizer’s revenue stream. Switching patients to longer-acting versions of a drug is a tried and true method for manufacturers to prevent generic competition from eviscerating sales.

Pfizer is a master of this strategy, moving patients from once daily Pfizer drugs to “continued release” and “extended release” Pfizer drugs, like Cardura/XL, Effexor/XR and Glucatrol/XL, to name a few. Other manufacturers routinely employ this strategy as well. Teva switched MS patients to a longer-acting version of Copaxone before Mylan gained approval for its copycat version. Actavis switched Namenda patients to Namenda XR, and even removed the older version from the market to preclude generic entrants until a court ended that ploy.

However, Plans – like yours – have methods to foil manufacturers’ cynical strategies. If you block Lyrica CR coverage before your beneficiaries start using the drug, you’ll position your Plan to encourage your beneficiaries to use lower-cost generic versions of Lyrica as soon as they become available. In so doing, you’ll not only decrease your Plan’s costs, but also your plan beneficiaries’ since they’ll finally have access to Lyrica via generic – not brand – copayments.

But to avoid plan beneficiary disruption, you need to act now – preemptively – and not wait until Lyrica CR enters the market. Why? Because as soon as Pfizer begins selling Lyrica CR, Pfizer is likely to promote Lyrica CR heavily and convert many Lyrica users into Lyrica CR users via several different marketing methods.

For example, expect Pfizer to make Lyrica CR coupons available immediately by distributing coupons similar to Pfizer’s coupons for Lyrica. Coupons are a manufacturer’s method for end-running your Plan’s copay structure. They reduce your plan beneficiaries’ brand copays to very little and thus encourage your beneficiaries to ignore lower-cost generics that are available.

Pfizer will also likely bombard the air waves with TV advertisements for Lyrica CR. After all, Lyrica was ranked #1 and #2 in TV advertisements in September and October 2017, with Pfizer spending $33.8 million and $23.7 million in those months respectively for Lyrica TV ads. (If you’re not a regular TV watcher and want to get a feel for how persuasive these TV ads can be, pause for a moment and watch Pfizer’s current ad about “Kenny” – an auto mechanic – who purportedly quelled his diabetic nerve pain with Lyrica.)

Following the pattern of many brand manufacturers with imminent generic competition, Pfizer may also raise the price of Lyrica again, and introduce Lyrica CR at a lower price to make the latter appear to be the lowest-cost alternative. Note that Pfizer already raised Lyrica’s price by 9.4% in January 2016, and raised Lyrica’s – and almost 100 other Pfizer Drug prices – again in June 2017 by an average of 20%.

Also, pay attention to how your PBM reacts to Lyrica CR’s entry into the market. Observe whether your PBM places Lyrica CR on your Formulary’s Preferred Brand tier or the Non-Preferred Brand tier. And don’t be surprised if Lyrica CR ends up as a preferred Brand! Why? Because it’s likely that Pfizer will offer to provide rebates – or other monies that your PBM will retain entirely for itself – to make Lyrica CR a Preferred Brand. Doing so provides Pfizer with a quicker pick-up in sales, and your PBM with potentially larger profits if it obtains money that it doesn’t pass through.

Is there any real need for your Plan to provide coverage for Lyrica CR? Not really. As a continued release pill, Lyrica CR is nothing but a “convenience drug” that enables your beneficiaries to take one pill a day, rather than one pill twice a day for most indications. The Chief Development Officer of Pfizer’s Global Product division admitted as much when he stated “Lyrica CR was developed to offer patients an … option with the convenience of once-daily dosing.”

Also worth noting: In the clinical trial submitted to the FDA to gain approval, 73.6% of patients in the Lyrica CR group reported a reduction in pain intensity compared with 54.6% in the placebo group, meaning Lyrica CR appears to have helped 19% of users actually reduce pain. However, the clinical trials showed that 24% of users experienced dizziness, 15.8% experienced somnolence and 4% experienced weight gain, among other adverse events like increased suicidal tendency. Note, too, that Pfizer’s clinical trials compared Lyrica CR to a placebo, not to Lyrica or alternative drugs, and thus prevented anyone from learning whether Lyrica CR provides any benefits over existing drugs.

Finally, you should know that while Lyrica CR was only approved to treat 2 of the 3 main indications for which Lyrica has been approved – diabetic nerve pain and shingles pain, but not fibromyalgia – there’s nothing to stop doctors from prescribing Lyrica CR for fibromyalgia too. Accordingly, at the very least, your Plan should consider implementing a customized Prior Authorization to limit Lyrica CR use to its approved indications.

In sum, Pfizer – and other manufacturers – do all they can to ensure they are able to maximize their profits. Therefore, your Plan needs to do all it can to minimize its costs, while providing your Plan beneficiaries with access to all medical treatments that are useful.

To Read Other Rx Drug Alerts, go to the top Menu Bar and click on RxAlerts.