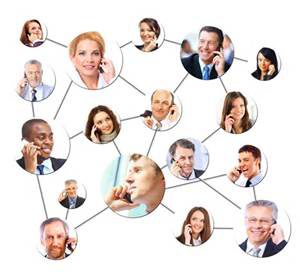 and received many requests for additional information.

Accordingly, we thought our readers would benefit from the following additional information reflecting why all health plan administrators should exclude – or limit – coverage of many new drugs:

In a 2014 JAMA Internal Medicine article analyzing boxed warnings and safety-related withdrawals of 522 novel drugs approved by the FDA between 1996 and 2013, analysts concluded there were scores of post-market black box warnings and almost a dozen drug withdrawals. More specifically:

Bear in mind that, by regulation, black box warnings reflect extremely consequential problems: They are required by the FDA when “[c]ertain contraindications or serious warnings” are needed, “particularly those that may lead to death or serious injury.” See 21 CFR 201.57.

If you’re wondering whether it’s appropriate to try to override doctors’ selection of newly-available drugs, consider the following:

Numerous studies during the past several decades show that drug manufacturers – particularly of new brand medications – attempt to influence doctors’ prescribing patterns in numerous ways, and the manufacturers’ efforts work!

In fact, drug manufacturers are spending immense sums of money to influence doctors. According to a CMS report of data collected under the Open Payments Act, during the most recent year in which data was collected (2015), health care industry manufacturers made $7.52 billion in payments and ownership and investment interests to 1,116 hospitals and 618,931 physicians!

Analyzing that data, a 2016 Pro Publica study found that “doctors who received industry payments were two to three times as likely to prescribe brand-name drugs at exceptionally high rates as others in their specialty.” A 2016 JAMA Internal Medicine study concluded that all it takes is a single drug-rep meal to influence some doctors’ prescribing patterns.

Also, according to a 2016 marketing study, almost 64% of doctors make themselves available to meet with drug manufacturer representatives in the doctors’ offices. And the vast majority of those doctors don’t even require the drug reps to make an appointment – the reps can just walk right into the doctors’ offices!

Moreover, when doctors were asked in a 2011 survey about different factors that influenced their prescribing practices, 18% openly acknowledged that drug rep information had a “great deal” of influence, and 51% conceded such information had “some” influence, meaning drug rep visits were impacting 69% of the surveyed doctors.

Notably, here’s one drug rep’s confessional as stated in an article describing why drug reps visit doctors’ offices and ply doctors with gifts:

“[T]he concept that reps provide necessary services to physicians and patients is a fiction. Pharmaceutical companies spend billions of dollars annually to ensure that physicians most susceptible to marketing prescribe the most expensive, most promoted drugs to the most people possible. The foundation of this influence is a sales force of 100,000 drug reps that provides rationed doses of samples, gifts, services, and flattery to a subset of physicians.”

What are the inescapable conclusions from the above studies (and many others like them)? Many new drugs carry serious dangers that do not become known for many years. And manufacturers are spending immense sums of money that increase the likelihood that doctors will prescribe new drugs, notwithstanding those unknown dangers.