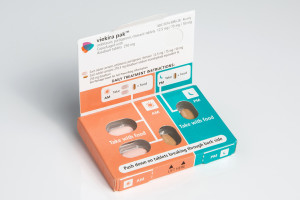 HR Execs: Do you think your PBM’s If so, you should follow Ronald Reagan’s approach with the Russians: “Doveryai no Proveryai” – “Trust but verify.”

Why? Because based on an in-depth investigation just completed by our firm:

In short, your PBM’s touted triumph over hep C manufacturers may be increasing – not decreasing – your health plan’s costs.

However, there are steps you can take to cure your hep C cost problems. So don’t despair. Just read on. But unbeknownst to the press reporting those prices – and most people reading about hep C drug costs – manufacturers’ reported costs were based on what is known as the Wholesale Acquisition Cost (WAC) of each drug – the price for PBMs or pharmacies that dispense drugs to consumers.

Health plans pay for drugs based on a different standard – Average Wholesale Price (AWP). And unless PBMs or pharmacies provide a substantial discount off AWP, it will always be far more expensive than the reported Wholesale Acquisition Costs.

Here’s a Table showing the reported – and actual AWP – costs of each drug, on a daily and 12 week basis:

Comparing the difference between newspapers’ reported – and manufacturers’ actual AWP – costs, for your plan to be invoiced at even the extraordinarily high costs reported by the press, your PBM needed to pass through discounts of 16.67% for each drug.

But did your PBM actually pass through the discounted prices quoted by newspapers? And after your PBM claimed to have negotiated significant discounts from hep C drug manufacturers, did it reduce your plan’s invoiced costs by far more?

Our firm has just completed an extensive investigation to try to determine different PBMs’ invoiced costs for the three new hepatitis C drugs over time. Here’s what we learned:

Thus, the first thing you should do as an HR exec is check your claims data to determine the amount your PBM is invoicing your plan for these new high-cost hep C drugs. (If you need help doing so, give us a call – we can do so at very low cost.)

Assuming you discover your PBM is still charging you a fortune for every patient treated, the question is: Can you do anything to require your PBM to pass through its actual purchase prices, including all negotiated discounts?

Unfortunately, the answer is “Probably not” – at least not until you terminate your current PBM contract and replace it with a better one. Why?

Moreover, virtually no PBM-client contracts contain an “escape hatch” for the client, providing the client with the right to “carve-out” any drug and turn to another vendor to dispense it, should the client discover the PBM is charging an excessive price. Instead, almost all contracts give PBMs the “exclusive” right to control all prescription coverage matters for the duration of the contract.

Thus, it’s reasonably likely you are stuck with your PBM’s invoiced prices, at least until you can terminate your PBM contract.

However, as soon as you can do so, here’s what you should do:

Together, these terms will ensure you can control prices for all existing specialty drugs, and they will provide you with the necessary leverage to decrease your costs whenever the marketplace provides lower specialty drug prices in the future.

And don’t let any PBM – or consulting firm – tell you such provisions are unobtainable. Our National Prescription Coverage Coalition contract contains each of these terms. And we’ve put them in place for virtually every client that’s used our consulting firm to conduct RFPs. Therefore, every health plan can obtain them – simply by joining or Coalition or by using our firm to conduct the plan’s next RFP.

You many now be asking another question: If my PBM isn’t passing through significant hep C discounts to my plan, isn’t it possible that my PBM is dramatically decreasing my plan’s costs by passing through large rebates?

Unfortunately, the answer is again “Probably not.”

Since PBMs refuse to provide drug-by-drug rebate information, rebates are an enormous Black Box. But our firm’s review of hundreds of PBM-client contracts makes clear it’s very unlikely that PBMs are passing through significant specialty drug rebates to plans.

If your contract includes the former, your PBM would be required to pass through all rebates it may have negotiated from hep C manufacturers. And that could potentially represent more than $20,000 per treated patient.

On the other hand, if your PBM contract only requires your PBM to pass through a specific “per script” rebate guaranteed amount, you’ll end up with relatively little. After all, no matter how strong your Specialty Drug Rebate Guarantees, it’s unlikely they are greater than about $250 per specialty drug script. That means, assuming each patient requires three 28 day scripts, you’ll obtain about $750 in total rebates, an amount that won’t do much to reduce your per patient cost of almost $100,000.

Accordingly, your next step as an HR exec should be to review your contract and determine whether it requires your PBM to pass through rebates – including all specialty drug rebates. (If you’re not sure you have the legal expertise to conduct such a review, feel free to contact our firm, and we’ll quickly review your contract for you at no charge.)

If, as expected, your contract contains deficient rebate terms, you’re stuck in a very deficient contract. Therefore, as soon as you can terminate your contract, you should put in place a contract that requires your PBM to pass through 100% of all rebates.

Again, don’t let any PBM – or consulting firm – tell you it’s impossible to obtain better rebate terms. Our Coalition contract – and every contract we have put in place for clients in recent years – requires the relevant PBM to pass through 100% of all rebates – and all other third party financial benefits the PBM earns as well. Therefore, such contract terms can be obtained.

For example, Gilead (the manufacturer of Sovaldi and Harvoni) announced that given marketplace pressures, the average price reductions that Gilead would likely be forced to pay this year would be more than twice as large as those it paid last year: 46% rather than 22%. (1)

What’s the implication of this statement? Obviously, if PBMs negotiated steep price reductions – but PBMs are not passing through those reductions to their clients – PBMs have positioned themselves to make immense profits each time they dispense a hep C drug. Accordingly, PBMs have a financial incentive to dispense as many hep C drugs as possible, regardless of the impact of such dispensing on your plan’s costs.

Tellingly, the largest PBM in the nation – Express Scripts – boasted that given its price war against hep C manufacturers, Express Scripts would no longer limit plan beneficiaries’ access to hep C drugs. “We’ll work through this. And we’ll get more patients treated than ever,” Express Scripts’ Chief Medical Officer Steve Miller recently stated in an interview. (2)

What does Miller’s boast actually mean? Express Scripts has lifted the Prior Authorization that it previously had in place, limiting hep C dispensing to those who really need the drug. And Express Scripts will now dispense a lot more scripts.

Can your plan afford that result? Here’s a simple way to calculate your plan’s potential financial exposure if all your likely hep C sufferers are given the new drugs:

Assuming your calculation results in an amount you can’t possibly absorb, you now know you must do something to control your costs. Below are our firm’s two core recommendations:

Insist On Strong Prior Authorization Protocols

Although the new hep C drugs do appear to be miraculous drugs, not every hep C sufferer needs to receive immediate treatment.

After all, fifteen percent or more of hep C sufferers “clear” the hep C virus on their own. Furthermore, most hep C sufferers are asymptomatic and unlikely to suffer any problem from hep C for a decade or more. Also, the progression of the disease can be monitored reliably – and without great cost – through annual testing. Therefore, you can rest assured that your plan beneficiaries won’t suddenly become so ill that treatment might be too late.

Moreover, there’s good reason to delay treatment for those who won’t suffer from the delay. Just weeks ago, we all learned for the first time that individuals who simultaneously take hep C meds and the heart med amiodarone may be vulnerable to seriously slower heart rates and even death. (4) There’s also a new concern that Sovaldi, when taken with the hypertension diuretic Aldactone, may have caused several deaths and serious hospitalizations. (5) Until more time passes – and more people use these new drugs – no one will know about other possible drug-to-drug interactions and the serious risks they pose.

Also, spending delayed is likely to result in spending significantly decreased – for you and your plan beneficiaries. Additional new hepatitis C drugs are expected to enter the market relatively soon, potentially causing increased price competition. And since none of the current hepatitis C drugs are biologics, generic equivalents will eventually be approved for use in the United States, causing existing hep C prices to collapse.

Accordingly, rather than allowing your PBM to maximize its profits by dispensing hep C drugs to everyone infected with the hep C virus, you should require your PBM to implement a Prior Authorization Program that restricts treatment to those who need it now. The Program should require every potential user to undergo simple lab tests to determine the disease’s state before any hep C drugs will be dispensed. The Program should also screen out individuals who are engaged in continued IV drug use or alcohol consumption, since those activities increase the likelihood that treatment will be a waste.

An appropriate Prior Authorization Program can limit treatment to approximately 25% to 30% of total hep C sufferers. To verify your PBM is implementing an effective Program, require your PBM to provide you with its approval/ disapproval rates. You may be shocked at what you see, since some PBMs appear to be rubber-stamping treatment for everyone.

By taking all of the above steps, you will not only protect your plan beneficiaries’ health, you will reduce their costs and your plan’s costs as well. And you will still have provided the new hepatitis C drugs to all who need them.

But there’s yet another step you can take to dramatically decrease your hepatitis C costs.

Change Your Plan Design to Require Coupon Use

However, every plan should take advantage of manufacturer coupons to decrease the plan’s cost for certain specialty drugs. For example, Gilead is currently offering a coupon of “up to 25% off” Sovaldi’s and Harvoni’s list price. Why would any plan ignore such discounts?

Instead, your plan should change your Benefit Plan Design to:

For Gilead’s hep C treatments – Sovaldi and Harvoni – this will result in a savings of more than $20,000 per patient treated.

Please note: If your plan beneficiaries earn relatively little, you may want to exclude hep C drugs entirely from coverage. We’ve had a client do exactly that, since both hep C drug manufacturers are running Patient Assistance Programs providing their drugs at essentially no cost to low income individuals.

In short, hepatitis C drug costs can be controlled. But you can’t rely on your PBM to do so.

So act now, because every moment you delay may mean your plan is unnecessarily squandering approximately $100,000 per treated plan beneficiary, when far less could be spent, on far fewer individuals, with everyone who needs hep C treatment still receiving access to these new drugs.

(1) See http://www.fiercepharmamarketing.com/story/how-big-are-gileads-hep-c-drug-discount-enough- spook-investors/2015/02-14; See also http://www.wsj.com/articles/gilead-sciences-down-on-discounting- news-1423070093. Note that the “average discount” includes not only Gilead’s discounts for PBMs, but also discounts for Medicaid and the Veterans Department, which may be greater.

(2) See http://blogs.wsj.com/pharmalot/2015/01/06/the-big-issue-has-not-been-choice-but-access-express- scripts-miller-explains/. In another interview, Miller compared the total costs of Sovaldi when combined with other necessary drugs with the total cost of Viekira Pak, noted the savings that would result, and stated: “it’s really now time to treat everyone.” See http://www.ajmc.com/ajmc-tv/panel- discussion/formulary-decisions-in-hcv, segment 3.