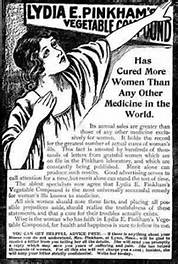 Approximately 100 years ago, at the turn of the twentieth century, anyone could market any concoction claiming it solved any – or every – health problem. You may assume that all such snake-oil remedies are things of the past, and the FDA must now approve every drug before it can be marketed. But unfortunately your assumption is dead wrong. There are numerous non-FDA-approved drugs on the market. The number of these drug concoctions is increasing exponentially. And your health plan is probably spending a small fortune paying for these drugs, even if your health plan officially only covers FDA approved drugs!

Accordingly, if you are an individual responsible for your company’s prescription coverage program, and you want to control your plan’s costs – as well as protect your plan beneficiaries from untested concoctions – it’s time for you to end coverage for all such non-approved drug products.

As you probably know, compounds are combination drugs that the FDA has allowed pharmacists to create, because they can be useful for certain purposes. For example, a pill might be crushed and placed into a solution to administer to an infant who can’t swallow the pill. But as you probably remember, approximately two years ago, many plans began to realize they were paying for compound pain and scar cremes that were astronomically expensive – often as much as $3,000 per 30 day prescription, and sometimes more than $10,000 per 30 day prescription. As a result, compounds, which had typically represented about 0.5% of a plan’s costs, were suddenly skyrocketing to more than 3% of a plan’s costs. Our firm is even aware of plans that had compound costs that reached almost 10% of the plans’ total costs.

Moreover, the compounds that the plans were now paying for were dubious drugs without any proven efficacy or safety. Many were combinations of two or more products that had been approved by the FDA, but for different purposes and using different application modes. For example, compounding pharmacies were taking gabapentin (approved by the FDA as an oral treatment for shingles pain and seizures) and mixing it into a creme to be applied topically, purportedly to treat pain. Similarly, compounding pharmacies were using fluticasone (approved by the FDA as an anti-inflammatory for asthma) and converting it into a patch to purportedly treat scars. Other common ingredients? Would you believe flurbiprofen and ketamine, the horse tranquilizer and party drug?

As knowledge of the new compound scam spread, plans – and PBMs – began to crack down on the dispensing of these products. Most plans simply imposed a dollar limit on any compound, generally $200 to $500. Some PBMs relied on a different solution for their clients – banning all compounds that contained certain ingredients (like those described above).

As a Payor, if you – or your PBM – hasn’t implemented one of the above steps, you should do so immediately. You’ll likely save considerable money. And you’ll also be protecting your beneficiaries from using drugs of no proven efficacy or safety. Plus, these steps are easy to implement since the above scam is easy to spot: The drugs are submitted as “compounds” and thus identified in your claims data as “compounds.”

But assuming you have taken the above steps to control the dispensing of compounds, there’s now a far more difficult task for you to accomplish, namely controlling the dispensing of new, non-approved concoctions that are not identified as “compounds”!

Non-Approved Drugs That Are Difficult To Detect

Because many plans and PBMs have stymied compounding pharmacies from selling their concoctions in recent years, these pharmacies are now obtaining a new NDC for each of their products. This makes it far harder for Payors – like you – to identify and block the new, non-FDA-approved products.

Here’s how you can do a quick check of your claims data to try to determine if your plan is likely paying for some of these drugs: Look for some of the more commonly used concoctions, like sodium sulfur cleanser (sulfacetamide sodium/sulfur) or Lidorx 3% gel (lidocaine HCL). Also, check to see if you have scripts for Ana-Lex 2-2% kit, Analpram HC 2.5%-1% CRM or Hydrocort-Pramoxine 2.5%-1% CRM.

All of these products are likely being submitted not as “compounds” but instead under new NDC Codes. Yet none have been approved by the FDA, meaning none have been proven to be effective, and all are without any testing related to their safety.

To determine how much your health plan may be paying for non-FDA-approved drugs – and then to stop covering them – here’s what you should do:

Review your claims data, and generate a list of all drugs that do not have:

Any drug that does not have one of the above indicators is a drug that the FDA never approved, but that you are nonetheless paying for.

Your list is likely to include several dozen products. Moreover, if you add up the total costs that you have incurred, you’ll probably find it’s a small fortune. You may want to pare down your list to exclude a few drugs that are known to be effective and safe, but the vast majority should be blocked.

Therefore, all you need to do now is give your final list to your PBM (or insurance company if you don’t have a direct contract with a PBM), and execute the appropriate Form stating your plan is no longer covering the drugs on the list.

Please note: You cannot perform this exercise once and assume your plan has permanently addressed the problem. Compounding pharmacies are continually creating new concoctions and obtaining new NDCs for their new products. Therefore, you have to play whack-a-mole by searching for these drugs regularly and continually adding new “blocks” to end coverage of these drugs.

The National Prescription Coverage Coalition has performed this function for our Coalition Members, and is now regularly analyzing Coalition Members’ claims data to make sure they are positioned to stop covering non-approved drugs as quickly as they can.

Controlling your prescription coverage costs – and use – is an ongoing exercise. It makes sense to begin your work by picking off the obvious low-hanging fruit, namely drug concoctions that have never even been approved by the FDA.

After all, there’s no basis for believing such drugs are any better than Dr. Bull’s cough syrup, Lydia Pinkham’s Vegetable Compound or Lloyd Manufacturing’s Cocaine Tooth Drops. And those products were all banned from the marketplace more than 100 years ago.