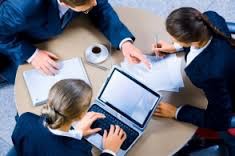 The above means that when there’s an increase in either the volume of a drug sold – or the drug’s price – the money that Express Scripts collects in manufacturer administrative fees likely also increases. If a drug’s volume and price both increase, Express Scripts likely hits the jackpot.

After all, if your PBM is simply relabeling “rebates” with a label related to purported administrative services, but performing little (if any) work in connection with those services, your PBM is arguably engaging in a rebate re-labeling game that could constitute fraud.

Patient-Assistance Programs: Express Scripts’ Financial Disclosure also states that Express Scripts’ subsidiary pharmacies may also “receive fee-for-service payments from manufacturers or wholesalers in conjunction with various programs or services, including, for example, patient assistance programs….” Express Scripts also discloses that it “maintains other lines-of-business that may involve discount and service fee relationships with pharmaceutical manufacturers and wholesale distributors.” Among these is United BioSource Corporation (“UBC”), which among other matters, “partners with … pharmaceutical companies to … support … access to pharmaceutical products…. UBC also works on behalf of pharmaceutical manufacturers to provide … reimbursement assistance, and other support services to the patient public at large.” See Michigan County contract, Exh. D at 29.