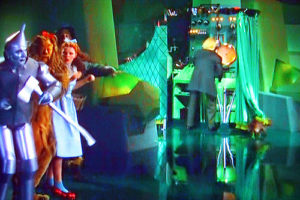 Plan Administrators: Have you ever heard of “switch operators”? Do you have any idea what they do? Most important, do you realize that drug manufacturers are surreptitiously paying switch operators to interfere with your copayment and deductible structures and likely causing your plan (and all other plans) significant financial harm?

If your response to all these questions is negative, we urge you to read on, because switch operators are like the Wizard of Oz: They’re hidden behind a curtain and being paid by manufacturers to end-run your cost-savings efforts. Therefore, you need to pull back the curtain, understand their machinations, and respond.

What the Heck Are Switch Operators?

Though few know of their existence, switch operators – also known as clearinghouses – play a key role in drug dispensing. Switch operators serve as intermediaries between pharmacies on the one hand and PBMs (or insurance companies) on the other. Here’s what switch operators do:

The PBM then transmits financial and clinical information back to the pharmacy related to the relevant plan’s coverage, including the plan’s required copay or coinsurance requirement, any deductible that may need to be satisfied, as well as any prior authorization or step therapy program requirement that must be met. The PBM’s computer system transmits all such information to a switch operator that routes the information back to the correct pharmacy.

Thus, switch operators are poised in the middle of every drug transaction, which means they are in a perfect position to act like the Wizard of Oz. Retained by manufacturers, switch operators can secretly change and replace PBMs’ transmitted information and thus assist manufacturers in preserving sales of their high-cost drugs.

If you go to the websites of two large switch operators – Relay Health and Change Healthcare (formerly known as Emdeon) – you’ll see they are doing just that.

On Relay Health’s website, click on the link “Where I Work,” and then pretend you are a manufacturer and click on that link. You’ll see that Relay Health provides a product called e-Voucher Rx that allows manufacturers to electronically subsidize patients’ copays at pharmacies. Although the website only references copays, we’re told by third parties that e-Voucher Rx is also used to subsidize beneficiaries’ deductibles. Note, too, that many manufacturers are using e-Voucher Rx. According to a Relay Health brochure, Relay Health has already helped “more than 65 brands overcome formulary disadvantages.”

If you go to to Change Healthcare’s website, you’ll see that Change Healthcare offers a similar program. Although not as well described, the website states that the program provides “point-of-sale messaging and electronic voucher co-pay offset programs” for drug manufacturers.

How do these electronic voucher programs actually work?

Let’s say your plan beneficiary walks into a pharmacy with a prescription for a high-cost brand drug. When the pharmacist transmits information through a switch operator to the relevant PBM, the PBM’s computer system determines the formulary that the drug is on, and the resulting copay. Let’s assume that since the drug is a high-cost brand drug, your plan is trying to discourage its use, and the drug is on the formulary’s third tier and requires a $75 copay.

As a result, the PBM’s computer system transmits information back to the switch operator to direct the pharmacist to collect $75 from your plan beneficiary. However, this is when the switch operator acts like the Wizard of Oz on behalf of the manufacturer.

Rather than telling the pharmacy to collect $75, the switch operator transmits a message that says something like: ‘Collect $5 copay, use e-voucher to collect $70 from manufacturer.’ As a result, your plan beneficiary pays only $5 – not the required $75 your plan imposes to disincentive use of the high-cost drug. And the pharmacist collects the remaining $70 from the manufacturer.

As Relay Health tells the story, its electronic voucher program is a “Win/Win/Win Solution”:

But what about the fourth player that’s involved – plans (including yours) – that are paying for the bulk of drugs’ costs? What’s the impact of switch operators’ programs on you?

By undermining plans’ efforts to incentivize less-expensive drug use, manufacturers achieve a second objective: They decrease the likelihood that your beneficiaries will protest drugs’ high costs. This, in turn, means that manufacturers can achieve a third objective – raising their list prices with less concern that their actions will trigger an uproar. As a result, manufacturers can easily recoup the monies they’ve paid for the switch operators’ programs and their subsidization of beneficiaries’ costs. Of course, as manufacturers raise their prices, plans end up paying more.

There’s a fourth harm caused by manufacturer/switch operator programs: When manufacturers arrange for switch operators to transmit e-vouchers to pharmacies, PBMs don’t know about the voucher transmittals. Therefore, PBMs record in their computer systems that plan beneficiaries are making payments to fulfill copay requirements – or satisfy deductibles – when in fact your beneficiaries aren’t making those payments and manufacturers are instead subsidizing them. As a result, PBMs inaccurately record beneficiaries’ out-of-pocket (OOP) costs, which means beneficiaries hit their OOP ceilings earlier than they otherwise would, and plans are fully at risk for all health care costs earlier than they should.

In short, switch operators’ programs are a Lose/Lose/Lose/Lose proposition for plans: The programs (i) undermine the incentives that plans create for beneficiaries to use low-cost drugs; (ii) reduce the possibility that beneficiaries will protest high-costs; (iii) enable manufacturers to continuously increase their costs and thus impose higher prices on plans; and (iv) cause PBMs to log inaccurate OOPs for beneficiaries leading plans to incur liability for all healthcare costs before they should.

What Can Plans Do?

The starting point for determining how plans should respond is to realize that PBMs can contractually bar switch operators from interfering with information transmissions, just as PBMs can contractually bar retail pharmacies from processing manufacturer coupons. But thus far, PBMs have done neither. Making matters worse, unbeknownst to many plans, many PBM mail and specialty drug pharmacies are accepting and processing manufacturer coupons, and those PBM pharmacies may be doing the same with electronic vouchers.

Large plans – with marketplace leverage – can try to end all these practices by demanding different terms in their PBM contracts. The entity that’s best positioned to lead such an effort is the Health Transformation Alliance, a group of 20 large corporation plans that collectively represents 4 million people and spends more than $14 billion annually on health care. All the HTA needs to do is draft – and bid out in the PBM RFPs it conducts for those plans – a proposed PBM contract that contains language that:

Given that the HTA is so large and all PBMs will be interested in winning its business, were the HTA to demand such contract terms, it’s reasonably likely that at least some PBMs would agree to provide the terms. And when that happens, those PBMs will likely make similar terms available to other plans as well. Let’s hope that the HTA – formed to “fundamentally transform” the marketplace – will actually try to accomplish these tasks.

In the meantime, plans need to act on their own. They can start by demanding the terms we’ve described. If several plans conducting RFPs in 2017 do, it’s possible some PBMs will respond by agreeing to the terms. If your plan contacts our firm for assistance on this matter, our firm can help you draft the appropriate contract language, bid out the contract in a PBM RFP, and use the RFP’s leverage to force at least some contestants to agree to the language if they want to win the RFP (as well as all other contract terms that your plan needs to protect itself and ensure lower pricing).

In addition to the above, it’s critical that your plan – and other plans – realize that it’s plans – not brand manufacturers or switch operators – that hold the ultimate weapons to win the ongoing battle related to drug costs. All your plan – and other plans – need do in connection with any high-cost brand drug that has a lower-cost alternative is to:

Either way, your actions will protect your plan against absorbing the excessive costs of all such high-cost brand drugs, and “cap” your plan’s financial exposure to the prices of the lower-cost drugs.

If a large number of plans implement the above approaches, your actions will likely make manufacturers’ coupon and electronic voucher programs collapse, since the costs of subsidization will be too great. And high-cost manufacturers may actually be forced to lower their prices to gain sales, or gain FDA approval for new drugs to generate revenue.

Switch operators – and the electronic voucher programs they are implementing for manufacturers – present a serious danger to plans’ ability to control their prescription drug costs.

Plans – including yours – should pull back the curtain on switch operators’ activities and make specific contractual demands of PBMs during PBM RFPs to end those activities. Plans – including yours – should also use your ultimate weapons – drug exclusion and mandatory generic programs – to end your financial exposure to the numerous high-cost brand drugs that have generic alternatives.

To read other articles that will provide you with information about controlling your plan costs, go to the top of the page, and use the Menu Bar to navigate to Rx Alerts.