Every PBM has also refused to disclose how much in “other monies” the PBM is secretly being paid by manufacturers to favor the manufacturers’ products. As a result, no one has been able to determine how much a PBM is profiting from its secret “deals” with manufacturers, or the amount that the PBM’s clients lose in potential savings because a PBM re-labels “rebates” with another name to avoid sharing those monies with its clients. 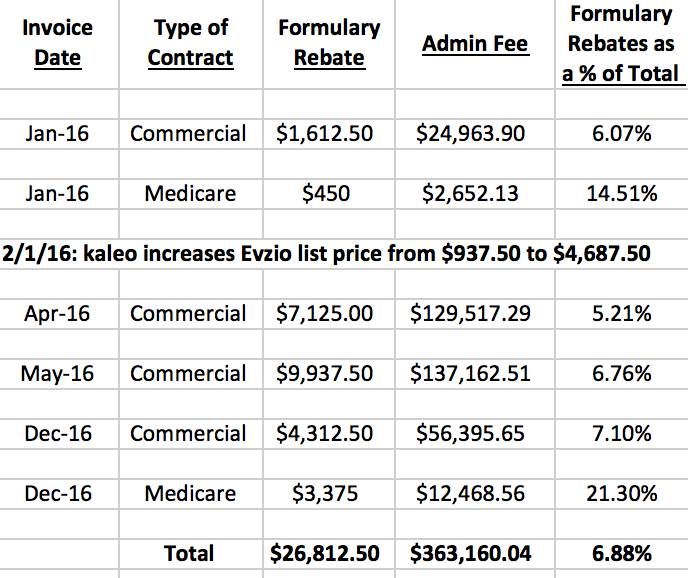 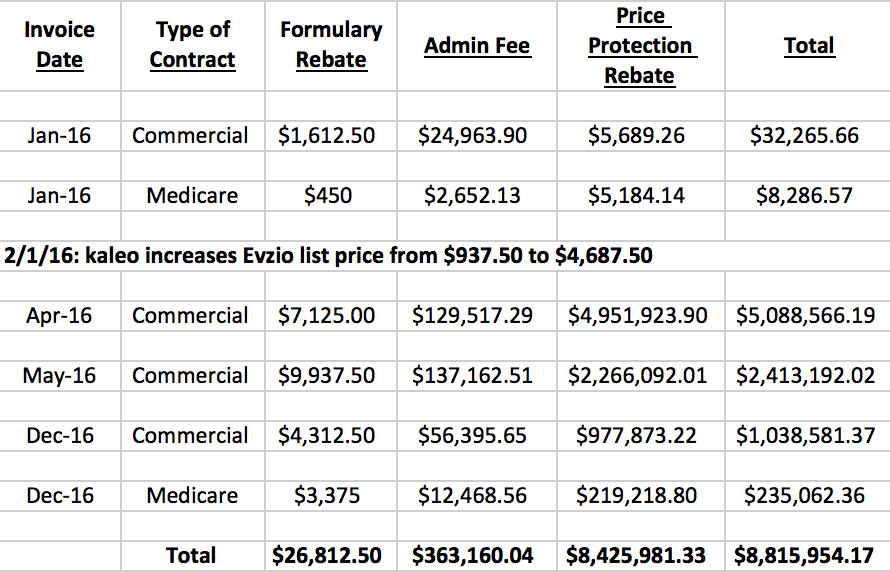 As a result, the drug is free to all users who obtain the downloadable savings card. And everyone with insurance coverage who learns about the “Evzio Direct” program can obtain the drug directly from Evzio, while Evzio balance bills PBMs (meaning ultimately PBMs’ clients) for the the drug’s inflated price.

For plan beneficiaries who don’t obtain access to Evzio’s savings card, those with deductibles or coinsurance that need to be satisfied are hurt by Evzio’s inflated price and aren’t helped by any of Express Scripts’ secret rebate deals. As a result, from 2014 to 2016, they may not have been able to afford Evzio’s clever “talking treatment” to reverse opioid overdoses. And now that Express Scripts has blocked coverage of the drug for all Plans relying on Express Scripts’ standard Formulary, all affected Plan beneficiaries will have to buy an alternative drug – or pay for Evzio entirely on their own – unless they can get kaleo to cover the drug’s costs through a patient assistance program.